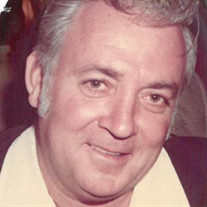 Longtime Antonito resident William "Bill" L. Laurell, 85, went to be reunited with his wife on May 16, 2021.Bill made his grand entrance into the world on September 1, 1935 in Detroit Michigan. Once he graduated high school he went to enlist in the service. Bill was a veteran of the United States Marine Corps. Once he completed his duties and was honorable discharged from the service he was united in marriage to the love of his life Mary Mendoza. The two owned and operated the Palace Hotel in Antonito for many years. They shared a long , happy and loving union until her passing in 2015. Bill was a friend to all, he knew everyone. He was quite the social butterfly of Antonito. He served on the Antonito Town Board and was passionate about doing anything he could to help the town which he loved flourish. He had big plans and ideas to help show and get others to love the town of Antonito as much as he did. On his spare time, Bill loved to go gambling and spend time with his family and friends. He will be dearly missed. He will live on through his daughter Patricia Silvas of Antonito, CO; 16 grandchildren, numerous great and great-great-grandchildren. He is also survived by numerous nieces, nephews, cousins and friends. Bill was preceded in death by his parents, wife Mary Laurell, sons James Laurell, Shea Laurell, as well as several brothers and sisters. Cremation was chosen and a Memorial Mass will be held on Friday, May 21, 2021 at Our Lady of Guadalupe Catholic Church at 3:00 PM with full military honors. Inurnment will be held at a later date. To leave online condolences please visit romerofuneralhomes.com. The care of arrangements have been entrusted to Romero Funeral Home of Antonito.

Longtime Antonito resident William "Bill" L. Laurell, 85, went to be reunited with his wife on May 16, 2021.Bill made his grand entrance into the world on September 1, 1935 in Detroit Michigan. Once he graduated high school he went to enlist... View Obituary & Service Information

The family of William "Bill" L. Laurell created this Life Tributes page to make it easy to share your memories.

Send flowers to the Laurell family.