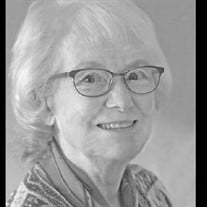 Ginni was born in Denver and died in Creede - but it’s the parts in the middle that are most interesting. After graduating from Occidental College with degrees in Far Eastern Affairs and Political Science, she found her plans for a master’s degree derailed by love. She married Doug Davlin and they moved to Alaska, where she proceeded to live half her life. But it was not a life half-lived. Not content to simply be a stay at home mother to her wonderful child and the other one, she taught junior high social studies, geography, and world affairs. She ran Upward Bound camps for disadvantaged kids. She took on the challenge of being a visiting teacher, traveling to those students too sick or injured to attend school. She was a Den Mother, Brownie Troop Leader, President of both the local and city-wide PTA, and an active member of the P.E.O. In her spare time, Ginni was president of the largest recording studio in Alaska. She and Doug designed and built ….. with help form lots of friends….a stunning home overlooking the city with majestic views of Cook Inlet and Sleeping Lady, with plenty of space for her and her family to get into plenty of trouble. In Alaska they made life-long friends who are closer than blood and more treasured than gold. Ginni and Doug moved back to Colorado with the change of the millennium. They split their time between their condo in Colorado Springs and the Train Depot in Wagon Wheel Gap … near Creede.. Ginni traveled the world in search of new friends, new food, and new adventures. She explored Australia, Bora Bora, Canada, England, France, Spain, Germany, Hungary, Italy, Mexico, Scotland, Poland and New Zealand. Each time she returned with exotic recipes, epic tales, and fast friends. Missing the Crafties of Alaska, she discovered new friends to share her love for Art. She joined kindred souls in the FABs fiber arts collective and began creating new 3d fiber sculptures using native grasses and found materials. Ginni’s art was featured in several curated shows and exhibited around Colorado, Ohio, and Texas. Ginni was proud to be asked to become a member of Surface Design Associates. While she considered herself an Alaskan, her favorite place in the world was sitting on the railing of the back porch watching the clouds over the Palisades and listening to the Rio Grande burble past. Throughout all this, Ginni will be remembered as a consummate hostess, a caring shoulder, the Emeritus Mayor of Wagon Wheel Gap, a minor oil baroness, a major card shark, and the love of Doug’s life. She laughed every single day, and we can still hear the Queen City Jazz Band playing her off into the sunset

Ginni was born in Denver and died in Creede - but it&#8217;s the parts in the middle that are most interesting. After graduating from Occidental College with degrees in Far Eastern Affairs and Political Science, she found her plans for a master&#8217;s... View Obituary & Service Information

The family of Virginia "Ginni" Barr Davlin created this Life Tributes page to make it easy to share your memories.

Ginni was born in Denver and died in Creede - but it’s the parts...

Send flowers to the Davlin family.