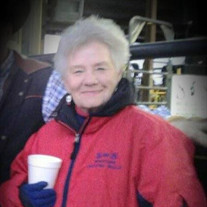 Hawks was born to Orville and Louise Hawks in Goodland, Kansas. Twila and her brother, Dennis L Hawks were born and raised in Goodland. The family moved to Stone City, Colorado, when she was a teenager, in 1949. The family was forced to move back to Goodland, Kansas in May of 1951 and she graduated from Goodland High School in 1953. Twila’s heart was always in Stone City, CO where she had several close friends and family. By no surprise, the day after she graduated from high school, she moved back to Stone City, Colorado driving her 1935 Chevy. Where her father owned his own trucking company hauling clay out of the clay mines in Stone City, Colorado. Twila began working at St. Joseph Hospital in Florence, Colorado as a CNA and X-Ray technician. That is where she met Jason Smith and they eloped in 1954 to Raton, New Mexico. They were blessed with 5 children, Roland Smith, Charlie Smith, Steve Smith, Dave Smith, and Barbara Smith-Roderick. She welcomed and loved many children in her home, which included her nephews John, Denny Lee, and Kevin. Twila drove a school bus, blocks on the peddles and all. Many of the children she drove still visited with her until she passed. Twila lived in several areas of Colorado, which included Silverthorne, Ft Collins , Loveland, and Idaho Springs. Even living as far as Gillette, Wyoming. In every town she lived in she found a thrift store or Salvation Army to work and shop for the good deals. Her love to socialize took her to the annual Apple Day Parade, which brought her back to her high school sweetheart Robert Shoaf. They rekindled and were married in 1994. They remained married until Robert passed on May 13, 2011. Bob and Twila enjoyed showing classic cars and made many friends traveling to the Good Guy Shows, and to the National Street Rod Association shows. They also attended many local shows in the area where they enjoyed showing cars and visiting with their collection of many friends. Twila loved to race the young kids in her 1965 Chevy Impala from stop light start line. Many offers came for her to sell her beloved car with the price of marrying her, she kept the car. Twila had a love for life and knew no strangers. After Bob passed she traveled around the country to bull riding events with the Miniature Bull Riding series. Twila liked to be in the middle of the action at the Junior World Finals events and any rodeo with her children. She was known by all from Louisiana to California as “Grandma.” She loved the many hugs from all the miniature bull riders. She was known and loved by all in the rodeo community. Twila enjoyed attending the lunches and parties at the Senior Citizen Center in Penrose and Florence, where she looked forward to visiting with her many friends. Twila was a member of the Florence Elks and enjoyed watching her Broncos with them at the Elks Lodge. As her health declined she moved to the Florence Care home where she rekindled old friendships. Twila’s zest for life always made her the life of the party. Her quick wit would often stop the wittiest in their tracks with shock and awe. Because of this she will be missed by many. Twila was proceeded in death by her husband Bob, parents Orville and Louise, and brother Dennis. Twila is survived by her children Roland (Georgie) of New Mexico. Charlie (Eva Jean) of Penrose, Steve (Betty) of Penrose, Dave (Stephanie) of Wetmore, Barbara (Tony) of Vermont and stepchildren Danny, Kara, and Bobby along with many grandchildren, great grandchildren, nieces, nephews, and many friends. Celebration of life will be Saturday September 19, 2020 at Pathfinder Park Arena in Florence at 10:00 AM. A dinner will follow at the Elks Lodge in Florence. Please visit romerofuneralhomes.com to leave online condolences. Arrangements are in care of Romero Funeral Home of Alamosa.

Hawks was born to Orville and Louise Hawks in Goodland, Kansas. Twila and her brother, Dennis L Hawks were born and raised in Goodland. The family moved to Stone City, Colorado, when she was a teenager, in 1949. The family was forced to... View Obituary & Service Information

The family of Twila Joan Shoaf created this Life Tributes page to make it easy to share your memories.

Hawks was born to Orville and Louise Hawks in Goodland, Kansas....

Send flowers to the Shoaf family.