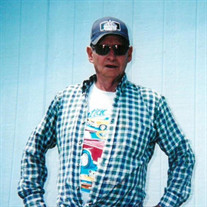 Long time resident of Manassa, Phillip Luther Vialpando gained his wings peacefully in his home on December 26, 2021. Phillip was born on March 27, 1937 to Salamon Vialpando and Matilde Atencio Vialpando. He was united in marriage to Elevinia Connie Martinez Vialpando where together they grew their roots. Phillip is survived by his Son’s Thomas (Shelly) Vialpando, Phillip Vialpando Jr., his Daughter Roxann “Roxie” Vialpando Morfin, and many Grandchildren / Great Grandchildren. He is also survived by his sibling’s Aggie Lopez, Mary Valdez and Lucrecia Herrera. He is preceded in death by his father Salamon Vialpando, mother Matilde Atencio Vialpando, his loving wife Elevinia Connie Martinez Vialpando, their infant son, brothers Alonzo Vialpando, Celestino Vialpando, Daniel Vialpando, Leo “Elias” Vialpando, Bobby “Levi” Vialpando, sisters Jenny “Juana” Montoya, Rose Trujillo, Virginia Bianchi and Adonilia Martinez. Phillip was a loving son, husband, father, grandfather, uncle and friend. He enjoyed cruising his Ford Explorer, visiting with friends, he liked spending his time sitting on his brown chair underneath the tree, with a Coca-Cola in his hand. He was a joy to the town talking to everyone in his path. He was a loving father who always shared his words of wisdom and encouragement. He had a love for all of his family. He would always make sure his grandchildren were fed and had a warm place to stay. Some of his favorite things to eat were green chili, fried potatoes, salsa, extra hot Cheetos and Queen Anns. Being outside was his favorite pastime. He loved to tinker with anything he could get his hands on. He was always willing to lend a hand to anyone who needed it. Graveside services will be planned and held on a later date. Thank you to all who have condolences. The care of arrangements has been entrusted to Romero Funeral Home of Alamosa.

Long time resident of Manassa, Phillip Luther Vialpando gained his wings peacefully in his home on December 26, 2021. Phillip was born on March 27, 1937 to Salamon Vialpando and Matilde Atencio Vialpando. He was united in marriage to Elevinia... View Obituary & Service Information

The family of Phillip Luther Vialpando created this Life Tributes page to make it easy to share your memories.

Send flowers to the Vialpando family.