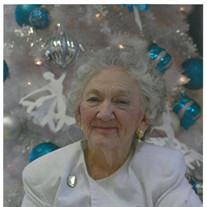 Oralia M. Garcia, 85, of Del Norte, Colorado went home to be with our Lord on Tuesday, September 18, 2018 surrounded by her loving family. She was born May 01, 1933 in Del Norte, CO to Alfonso Atencio and Rosabel Gallegos. Oralia was a kind... View Obituary & Service Information

The family of Oralia M. Garcia created this Life Tributes page to make it easy to share your memories.

Send flowers to the Garcia family.