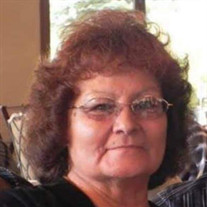 Longtime Alamosa resident Martha M. Atencio, went home to be with the Lord in the company of her Angels on October 17, 2019. Martha was brought into the world on September 2, 1943 in Alamosa, Colorado, the beloved daughter of Melecio Sandoval... View Obituary & Service Information

The family of Martha Mary Atencio created this Life Tributes page to make it easy to share your memories.

Send flowers to the Atencio family.