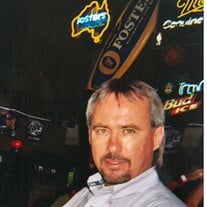 Lance Eric Harold Clark, 58 , entered into eternal life on August 16, 2018, surrounded by his loving family. Lance enjoyed anything that had to do with the outdoors. He especially loved fishing, arrow head hunting, skipping champion of the Poleo,... View Obituary & Service Information

The family of Lance Eric Harold Clark created this Life Tributes page to make it easy to share your memories.

Send flowers to the Clark family.