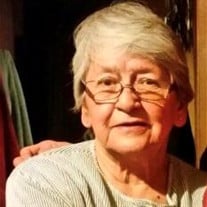 Monte Vista resident Kathryn Marie Valdez, 72, passed away peacefully on January 27, 2020 in her home under Hospice Care surrounded by her loving family. Kathryn was welcomed into the world on November 12, 1947 in Del Norte, Colorado, the beloved... View Obituary & Service Information

The family of Kathryn Marie Valdez created this Life Tributes page to make it easy to share your memories.