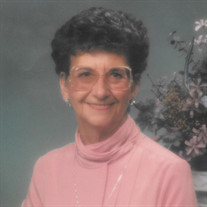 The family of Della V. Esquibel created this Life Tributes page to make it easy to share your memories.

After a decade-long battle with Alzheimer’s disease, longtime...

Send flowers to the Esquibel family.