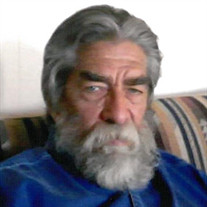 Romero Valley Funeral Home, Inc. 1407 State Ave. Alamosa, CO. 81101 719-589-9200----November 19, 2018 Obituary on: David P. Coats Blanca resident David P. Coats, 73, passed away November 18, 2018 at his home peacefully with his loving wife by his side. David was welcomed into the world on May 5, 1945 in Sterling, Colorado, the son of Horace Coats and Esther Frances Patterson Coats. He worked as a silver smith for many years and was always known for his ability to fix any and everything. He was always a handy guy to have around. He was a kind and loving husband, stepfather, brother, uncle, cousin and friend who enjoyed making things, working on cars, making belt buckles, splitting wood, and spending time with his family and friends. He will be dearly missed. Survivors include his wife Sherry McCarty of Blanca, CO; step-children Charity McCarty of Texas, Matthew McCarty, Nathan (Tiffany) McCarty both of Greeley, CO; brother James Coats of Longmont, CO; sisters-in-laws Coy Kingsley of Lubbock, TX; Coleen Ingram of Austin, TX. He is also survived by many nieces, nephews, cousins and friends. David was preceded in death by his parents Horace and Esther Coats, brother John Coats and one sister Cynthia Coats. A Graveside Service will be held on Tuesday, November 20, 2018 between 1 and 3 PM at the Tres Piedras Cemetery in Tres Piedras New Mexico. To leave online condolences please visit romeorfuneralhomes.com. In Lieu of flowers family asks for any donations to be made on David's behalf to Romero Funeral Home to help with burial expenses

The family of David P. Coats created this Life Tributes page to make it easy to share your memories.

Send flowers to the Coats family.