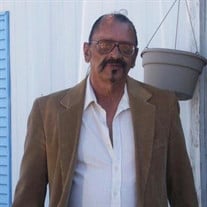 Alamosa resident Carmel John Velasquez, 70, went to his eternal rest on March 16, 2020. Carmel was born on January 17, 1950 in Alamosa, CO, the son of Albert Velasquez and Antonio Sena-Velasquez. He was a kind, compassionate and loving person... View Obituary & Service Information

The family of Carmel John Velasquez created this Life Tributes page to make it easy to share your memories.

Send flowers to the Velasquez family.