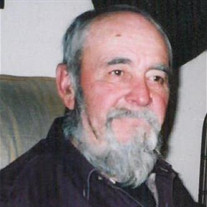 Antonito resident Calvin Dean Junker, 88, went to his eternal rest on January 23, 2019 at the Rio Grande Inn in La Jara, surrounded by his loving family. Cal was born on November 4, 1930 in Fairbury, Nebraska, the son of William A. Junker and... View Obituary & Service Information

The family of Calvin Dean Junker created this Life Tributes page to make it easy to share your memories.

Send flowers to the Junker family.